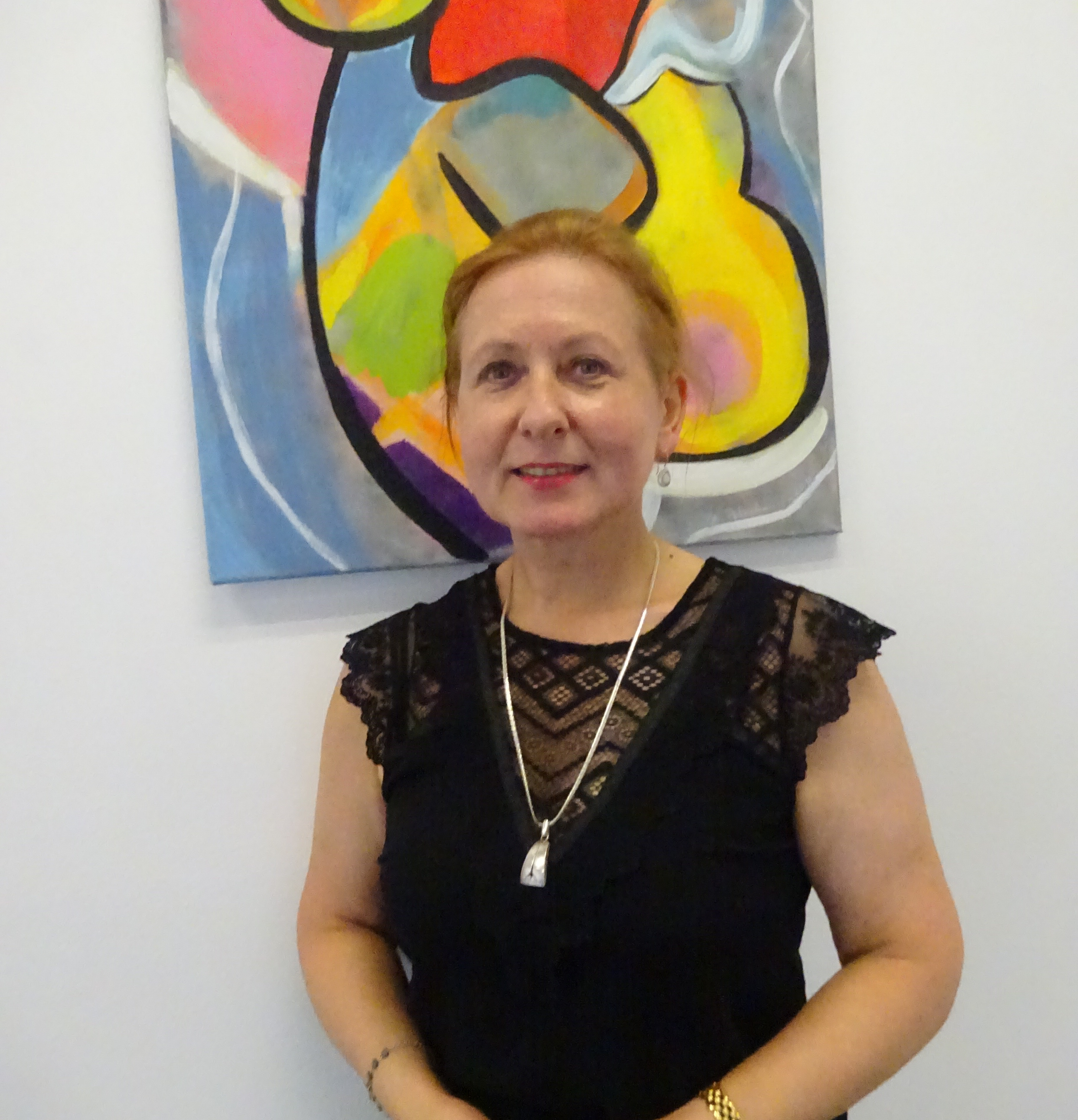 Alicja Polechonska was born on June 6th, 1965 in SZCZECINEK, Poland. She is a belgian artist - painter, watercolourist - of Polish origin who has lived in Brussels since 1990.

When she was 12, Alicja got a distinction in a contest of the children's drawings category whose subject was « Painting our homeland and childhood in beautiful colors », organized on the occasion of the 25th anniversary of Poland, which allowed her to discover her passion for the art. That distinction had a significant influence as to the artistic school she eventually chose.

After primary school, Alicja studied at the Fine Arts and Plastic Arts college in Koszalin, Poland. She then studied at the Adam Mickiewicz University in Poznań where she obtained a licence in Slavonic language and literature. She left Poland after her studies.

When she arrived in Brussels, she studied to become a teacher of French as a foreign language at the Alliance Française of Belgium (organization promoting French language and culture abroad). At the same time, she gave Polish and French lessons to professionals of foreign origin. Between 1995 and 1999, Alicja worked as a creative workshop leader at Eurokindergarden by running ludic and recreational activities for a group of children. In 1999, she started teaching Polish as a foreign language in language schools (CLL, Fondation 9, Eurospeak, Marie Haps, Communicaid) to officials, professional translators and interpreters of the European Commission and professionals of foreign origin.

For 6 years she ran courses of literacy and French as a foreign language (FLE) for a multicultural audience at the « Ateliers du Soleil » where she also led creative workshops with a group of children and teenagers. There, she conceived and organized discovery classes where children could do various activities like colors, drawing, DIY, painting. Alicja led a workshop named "painting on china" and she organized outdoors, where one could draw sketches and then carry them out in the workshop.

In a series of artistic works, she depicted immigrants and the mixing of cultures. Since 2001, she has worked as a freelance sworn translator at the Court of First Instance in Brussels where she translates and interprets, orally and in writing, exchanges between individuals and law enforcement officials.

Alicja Polechonska is well known within the community of the Brussels Academy of Fine Art, where she takes advanced painting classes.

She has shown her paintings in art galleries and cultural centers such as the International Contemporary Art Fair in the Sablon of Brussels, the « Des Riches Claires » library in Brussels, the Diepenbeek Residence in Limburg, the « Ferme Rose » in Uccle, the « Pol-Art-Gallery » in Ixelles and the International Festival of Visual Arts of Monastir in Tunisia.